Please make a selection from below to learn more about our facility!

Secure your spot and get started today with our EXCLUSIVE offer!

By opting into the web form above you are providing consent for AIM Martial Arts to send you periodic text messages. Standard rates may apply. You can reply HELP at anytime or learn more. You may opt-out anytime by replying STOP. 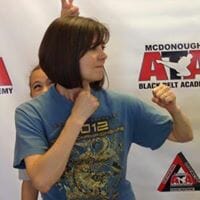 My family has been with McDonough ATA for several years now and we love it! The staff here is very friendly and Ms. Johnson especially is very helpful and goes out of her way to answer questions and give help wherever and whenever needed. 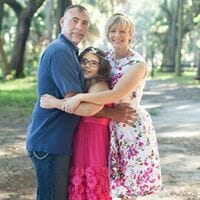 If you want your child to defend themselves against all the challenges that life will bring them as they grow and develop, you need to enroll in this school. I am especially impressed with their "Leadership Program". This school doesn't just teach students to "pass" which is what it seems our youth only cares about... this school raises the bar and tells it's students to go beyond "passing" and EXCEL. 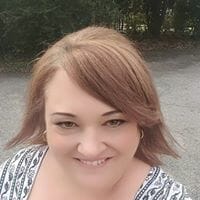 The staff is highly qualified and makes a point to get to know every student individually. They are genuinely concerned that each student is achieving their maximum potential. They are very organized and the studio is kept clean. They also offer numerous other activities that are fun and even offer parent's night out. 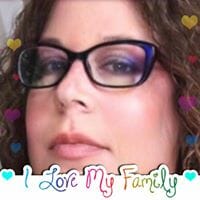 My kids have gained so much from going there. They are more respectful and have gained so much self-confidence. I would recommend ATA of McDonough to anyone wanting to take martial arts. My daughter just had her birthday party there in the staff was wonderful. They made her feel so special. Thanks ATA!!! 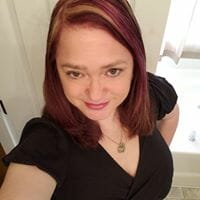 This place is a great place for kids of all ages and adults. Very family oriented even if you are just a parent not taking classes you are invited to watch and kept informed of all things going on. Very patient staff and teachers are phenomenal with the fact that all kids/people learn differently and they teach individually while still keeping the group learning as a whole. Walked into the building on a whim and ended up letting my daughter take classes for 4 years and becoming a 2nd degree black belt. She was strong willed stubborn and kinda hard to teach however all the teachers and staff were patient and kept calm helping her to learn respect and to follow rules and also respect to others who may not learn as quick as her so in the end she became a leader willing to help other struggling students. Highly recommend anyone thinking about taking classes to check this place out. 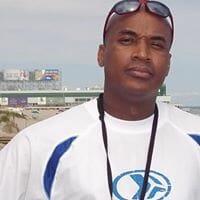 We've been with McDonough ATA for a year now and the growth and positive changes we've seen are incredible. Our family have noticed the changes and have copied what we are doing in one way or another. Staff is great, friendly, and their families are a part of the Black Belt journey as well. Talk about putting your mouth where your money is. Gold Star 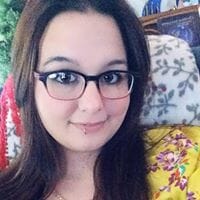 We absolutely adore this studio. My daughter is 4 and she loves her karate instructors and everything she learns! Today they learned about what to do if someone tries to kidnap them and I think it is absolutely wonderful that they teach this! The people are wonderful! I also am so happy that they are so accepting of all cultures. My daughter has two moms and they are more than welcoming of it! 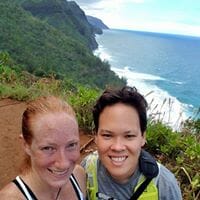 My kids love ATA! My 7 year old is in the after-school program and begs to attend every camp and parents night out. A four-year-old has already told me he wants to join the after-school program next year when he starts kindergarten. They have both learned so much: martial arts, anti-bullying, self-defense, respect, discipline, and more. I love seeing the look of accomplishment on their faces every time they advance to the next belt. They love their instructors and the friends they have met along the way. What a great experience! 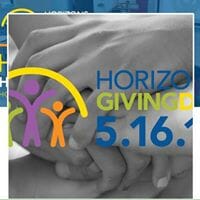 My son and I have been attending this school for about three years now. Great people, great curriculum, ATA rocks 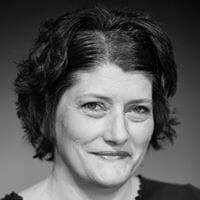 My son is 7 years old and last month marked one year he has been enrolled in classes. McDonough ATA is about so much more than learning cool karate moves. For example, the oath they begin and end class with..."I promise to be a good person, to have knowledge in my mind, honesty in my heart, strength in my body, and make good friends." McDonough ATA and the wonderful instructors reinforce everything (and more) that we are teaching our son at home. Core values...honesty, loyalty, manners, tolerance, commitment, perseverance, discipline, self-confidence, encouragement, empathy, citizenship...I could go on! Not to mention the friendships and bonds he has formed with his classmates...priceless. ATA McDonough excels in molding and creating good people to be our country's future leaders.

Request information today to learn more about our programs!

YOU BETTER BELIEVE IT!

Mastering The Life Skill That Gives Us Confidence 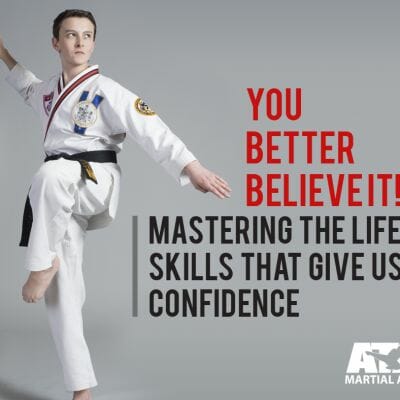 Most people begin to believe in something at a very young age, whether it’s a superhero or the monster in the closet.

But as we get older our belief system matures and grows stronger, and we begin to use belief not just as a basis of proof something exists, but as a source of strength that helps us fulfill our responsibilities and achieve our goals.

Belief is one of six new life skills promoted through the ATA’s Legacy and Leadership Program. Defined by Merriam-Webster, belief is “a state or habit of mind in which trust or confidence is placed in some person or thing.”

Imagine getting through your next Taekwondo tournament or belt test without belief in your abilities, belief in the teachings of your instructor or belief in the support of your friends and family. Belief is having the “Yes I can” attitude always and no matter what.

Birky, 30, and his wife Melanie, 26, are the embodiment of belief at work. They opened their first school in Elkhart, Ind., when he was just 21 and they opened their second in Mishawaka, Ind. two years ago.

The first school now has 450 students and the second has 200, and the Birkys’ students have won close to 30 world titles to go with the two forms and one combat weapons World Championship titles Melanie has won the past three years.

Seth and Melanie are 5th Degree Black Belts who will be testing for 6th Degree in a year.

Seth said building belief in others hinges on showing that something, starting a business or winning a championship, can be done.

“It has to do with just knowing that something can be accomplished,” Seth Birkey said. “I would equate to the four-minute mile. No one could do it until someone did, and then others could.”

“You can relate these pillars of belief to every single day in the life of a student,” said Sr. Master Jack McInerney, 66, who with his daughter and son owns and operates four New Jersey schools under the banner of ATA Black Belt Academy Inc. in the Old Bridge area of the state.

Pulling out just a couple pillars — courage and consistency — as examples, McInerney noted the everyday value of each. Consistency can mean something as simple and important as a child learning to brush his teeth each day to developing good work habits at school in order to be promoted to the next grade.

And courage, McInerney said, gives a child the perseverance to hammer away at that consistency even when the school workload becomes challenging.

It all ties into one of McInerney’s favorite expressions: “I want to be the me that I want to be.”

McInerney, a veteran of the ATA Legacy and Leadership Program, was impressed by seminars on the subject conducted by Chief Master Von Schmeling in Orlando, Fla., in October and at the World Expo in Little Rock, Ark. last July.

The Legacy and Leadership Program breaks belief into four levels: 1. Belief in ourselves. 2. Belief in others. 3. Belief in society. 4. Belief in the universe.

As Grand Master In Ho Lee explains, one can hardly believe in anything without a belief in oneself. Belief in ourselves is having the confidence to do anything.

The ATA Leadership Program Belief booklet points out the strong beliefs possessed by some of history’s great leaders and pioneers, from the Wright Brothers to Mother Teresa and notes “If we believe in ourselves, others too will believe in us.”

McInerney frequently sees this among the young ATA Tigers at his school and described one such martial artist, a 6-year-old, who stood up before his whole class and motivated them with his words.

“Now that’s powerful,” McInerney said. “And every parent whose children were not in the [ATA] Leadership program, their mouths dropped open when little Joseph took command.”

McInerney noted public speaking is among adults’ biggest fears, so to develop the belief in oneself to have the confidence at such a young age can only pay dividends later in life, he said.

“Think what it’s going to be worth 20 years from now when those children become CEOs and financial advisers and leaders,” McInerney said.

Once we’ve learned to believe in ourselves we can learn to believe in others. We have many people — parents, teachers, instructors and friends — who can positively affect our lives if we believe in them. They shape our ethical and moral values, which become the guidelines by which we live.

The ATA Leadership booklet recommends having a mentor to believe in in each of the eight basic areas of personal development: health, family, education, career, finances, social, fun and spirituality.

“One of the things we teach our Leadership students is the law of averages where a person is the average of the five people they hang around with the most,” Seth Birky said. “[It is] the importance of having people around you to support your belief and take your belief higher.”

Belief in society is learned from the culture we live in. Society and culture also help to further shape our moral and ethical values. The world has always been an uncertain place, and society can potentially offer many limiting beliefs in our surroundings, but, the booklet notes, there are also many empowering ones and it is important to learn to reject the limiting ones — say the temptations of drugs and alcohol — for the empowering beliefs that make us better, things like the custom of keeping our word, religious faith or cultural heritage.

Sometimes, we might feel that life is treating us unfairly, but if we have established a belief in the universe we understand that it is always fair no matter how things seem.

To do so is to realize the universe is not about you, but that your are an important part of the universe, which functions through a set of rules that, when understood, will help us to also understand the natural results of our attitudes, thoughts and actions.

For martial arts programs specializing in martial arts for children, please visit: https://www.ata-bba.net/program/transported-after-school/ OR visit us on Facebook at https://www.facebook.com/mcdonoughata.

For martial arts programs specializing in martial arts for adults, please visit: https://www.ata-bba.net/program/adult-martial-arts/ OR visit us on Facebook at https://www.facebook.com/mcdonoughata.